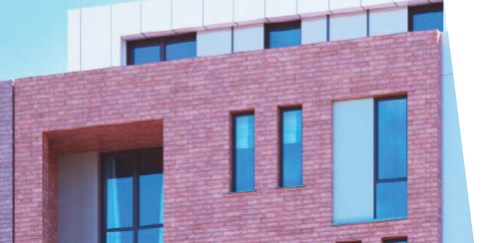 The MRP Group are happy to announce the reveal of the upcoming Project Fleet in Liverpool. Located within walking distance of Central Station in the Ropewalks Quarter, this is a 52 unit boutique aparthotel, consisting of artfully furnished studios and terraced penthouses. Additionally, the aparthotel will have a private resident’s gym, café and restaurant. The aparthotel is also found in the hub for leisure in Liverpool, with Seel Street nearby to provide some of the best bars and restaurants in the city. Liverpool ONE is a shopping and leisure complex within walking distance of the site and provides shopping, restaurants and entertainment by the waterfront. The serviced apartments also benefits from easy accessibility to transport links and education with Liverpool Central only a few minutes’ walk away. Additionally, the University of Liverpool and Liverpool John Moores are less than a 20-minute walk away from the property.

Known as a cultural hub famed for its musical history, museums and entertainment, Liverpool has quickly become an area for tourists and businesses. Subsequently, it has become a core micro-economy and attracted many blue-chip companies relocating for lower office costs. As a result, Liverpool has become the largest wealth management centre outside of London, and the second fastest growing area for the digital sector. The leisure scene is second to none, with the Dockside Dining Club serving up tasty street food and the first UK exhibition of artist and activist Keith Haring. There is a lot to see and do in the city, with shopping being a popular activity given the range of shops from independent boutiques to high street brands and designer labels. The World Heritage status of the city emphasises its significance as a maritime city that continues to have a global influence. This status encompasses the area of Project Fleet, reiterating the prominent location of the site.

The serviced apartment is owned by Fleet Street Liverpool Limited, and The MRP Group have been exclusively retained to find an operator. This a fantastic opportunity to lease a new development of serviced apartments in Liverpool’s city centre, with the potential to invest into the property. The property is due for completion by the end of 2019. Operators will greatly benefit from the demand for extended-stay accommodation, within the aparthotel sector, as the market is dominated by branded hotels which present a chance for an operator to take advantage of a niche market. As well, Project Fleet will be one of the larger boutique serviced apartments in the city, allowing for any operator and or brand to be a prominent aparthotel in Liverpool.

Max Thorne, The MRP Group’s CEO, said: “We are looking forward to bringing Project Fleet aparthotel to the market. Liverpool is an exciting place to be at the moment and extended-stay accommodation, whether serviced apartments or aparthotel, is in high demand because of it. As a major city in the North of England, we have seen more opportunities arise in the Serviced apartments and aparthotel industries emphasising the growth and popularity of Liverpool. This will be our second project in Liverpool, and we are excited to see if Project Fleet mimics the success of Project Echo.”